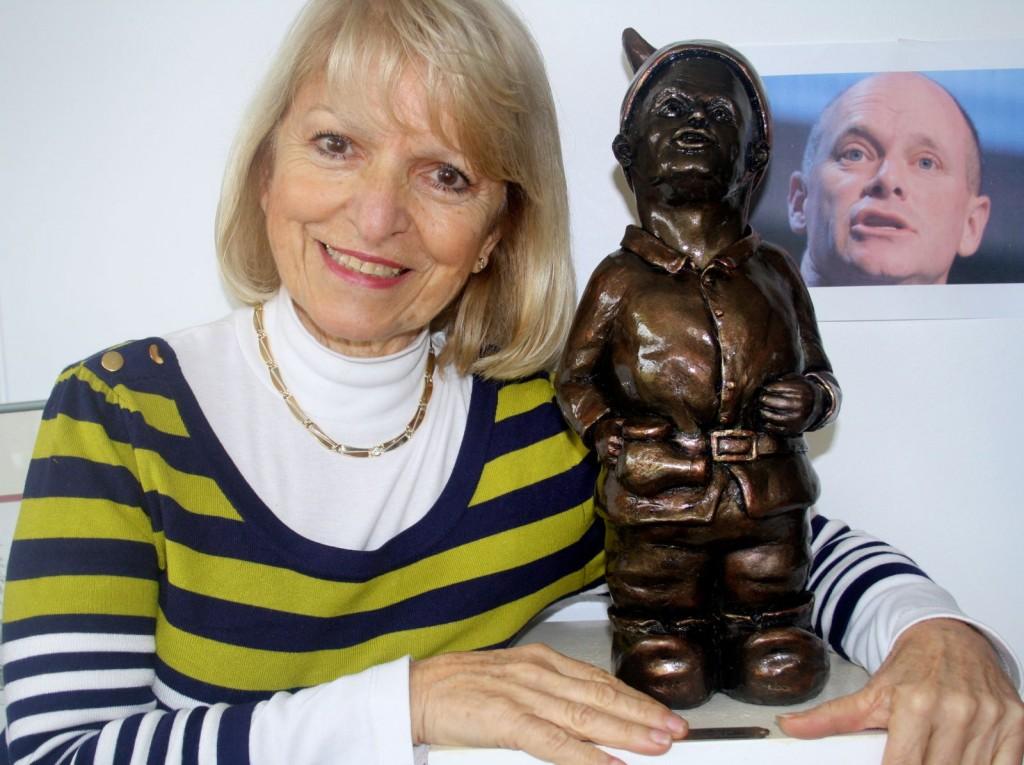 New South Wales Entrepreneur  Mr Len Paterson of Wolvi, commissioned Georgette to sculpt the caricature of Campbell Newman, which will be used as a mold for a series of Politician garden gnomes with "Inter-changeable heads"

In a first of "Fun" series of politician gnomes with "mix and match" heads and bodies.  The gnomes would be mass produced as a series of where heads could be added to different bodies.

"I recently collected a piece commissioned from Georgette, namely special Garden Gnome. Needless to say she did a superb job... I was very impressed with the studio, which radiated a great vibe & was  populated by various eclectic  sculptures  of wildly different  appeal & appearance. Georgette will be the sculptress for my next project."