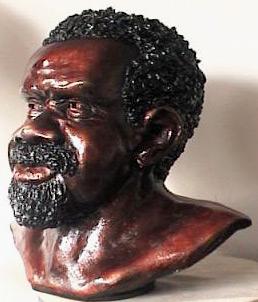 I was invited by Nudgee Senior Boys College to enter into their Art Festival.   On the day of the opening night they phoned me to ask me if I was able to come in an hour earlier for a cocktail party prior to the opening as I had won 1st prize in their Art Competition.

The 1st prize was also accompanied by a $1500.00 prize and a certificate.  During the evening I found out that the Sculpture that won first prize, a one off original Titled "Moonjabba" was also bought by the Principle for $1250.00.